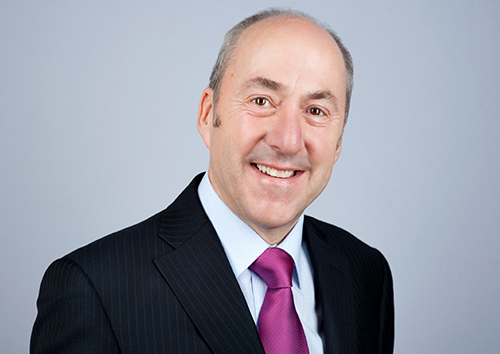 I first entered the world of Promotional Merchandise back in 1979, as a Field Sales Exec for the newly formed Business Gift Division of Parker Pen, based in London. I had arrived from Gillette Industries, where I had benefited from one the market’s leading field sales training programmes and was now ready to cross over from B2C to the consultative world of B2B selling.

Aside from a short spell in the mid 90’s selling the expanded Parker, PaperMate and Berol ranges into the National Accounts Retail/Wholesale world of Tesco, Asda, Boots, John Lewis Partnership, and Macro, I have always chosen to remain within the ever changing and constantly challenging world of Promotional Merchandise.

Following many years with Parker Business to Business, leading a UK team in sales to both the “End User” and “Trade Distributor” channels, in 1994 I was invited to join The Carole Group to head up their newly formed Direct Sales Division, leading their team in the expansion of promotional gift sales directly to the “End User”. After 5 years, with the company’s decision to focus exclusively upon their “Trade” Pen business and Souvenir markets, the Direct Sales Division was sold to Dowlis and in 2001 PF Concept International BV knocked upon my door.

I eagerly responded to this new opportunity; to not only expand my horizons within a major pan-European company but also to now move into the Supplier role of selling into the UK and Irish Distributor markets. Initially this was in the role of UK Commercial Director for the non-textile division but then, less than two years later, I was asked by the European group C.E.O. to take on the leadership of the complete UK and Irish operation and in 2002 was duly appointed Managing Director of PF Concept UK Ltd.

Already a long-standing member of the association, whilst at PF Concept, in 2009 I finally agreed to join the Board of Directors at the British Promotional Merchandise Association. The BPMA Board benefits from a truly first class team of industry leaders all of whom share the same passion for raising standards within the industry and truly representing the interests of the complete supply chain, right through to lobbying and promoting the importance of Promotional Merchandise to the wider End User marketing community. My responsibilities on the board were quite diverse but latterly centred around the supply chain, product regulations and compliance. I remained an active BPMA Board member for over 6 years, during which time I had also decided to start up my own consulting and training business.

Following the tough trading years of 2008 through to 2011, a radical pan-European business review took place within PF Concept International BV, carried out by the parent company Polyconcept based in the USA. This resulted in a global consolidation and restructuring of the European senior management team. A consequence of which, in 2012 after 11 years, I left to form my present company, Cedarwick Consultancy. My ambition and objective for this new venture was clear. After over 33 successful years in the market, I wanted to share the training, knowledge and experience I had gained to help other companies, across both the Supplier and Distributor sectors, to maximise their potential, protect their margins and to help grow their teams within this ever changing but consistently fascinating world of Promotional Merchandise!

This website uses cookies to improve your experience while you navigate through the website. Out of these, the cookies that are categorized as necessary are stored on your browser as they are essential for the working of basic functionalities of the website. We also use third-party cookies that help us analyze and understand how you use this website. These cookies will be stored in your browser only with your consent. You also have the option to opt-out of these cookies. But opting out of some of these cookies may affect your browsing experience.
Necessary Always Enabled
Necessary cookies are absolutely essential for the website to function properly. This category only includes cookies that ensures basic functionalities and security features of the website. These cookies do not store any personal information.
Non-necessary
Any cookies that may not be particularly necessary for the website to function and is used specifically to collect user personal data via analytics, ads, other embedded contents are termed as non-necessary cookies. It is mandatory to procure user consent prior to running these cookies on your website.
SAVE & ACCEPT